I’m going to Spain on 16th April, to do this Cicloextremeña trip, which goes around Extremadura in the West of Spain near the Portuguese border. I fly from Edinburgh to Sevilla, then taking a bus into town and on to Monesterio, which should allow some cycling on the first day, as I hope to start cycling at 1430. I’ve booked a return flight on 17th May, but may book a different date if I finish early like last year or late.

It is 1300km, a bit hilly, with 22000m of ascent, but going up to 1450m only. I’ve only just started final planning, but I think that there is little or no difficult offroad, mainly on minor roads, gravel roads and farm tracks. There is a link at https://www.wikiloc.com/bicycle-touring-trails/cicloextremena-vuelta-a-extremadura-en-bicicleta-track-oficial-16090568

Here are a couple of other links in Spanish from people who did or are doing the route. Google translate works for me : https://conalforjas.com/?s=cicloextremena

I’ll be going with my new bike (well new frame, gears, brakes and things I got for Christmas) and will be equipped in the same way as I was for my final Transandalus trip, with one pannier, a handlebar bag an not much else I was going to save weight by using a carbon rather than a suspension fork, but decided against it after I fell off. I’ll have a tent for emergencies but hope to stay in hotels as often as possible, to enjoy good meals. 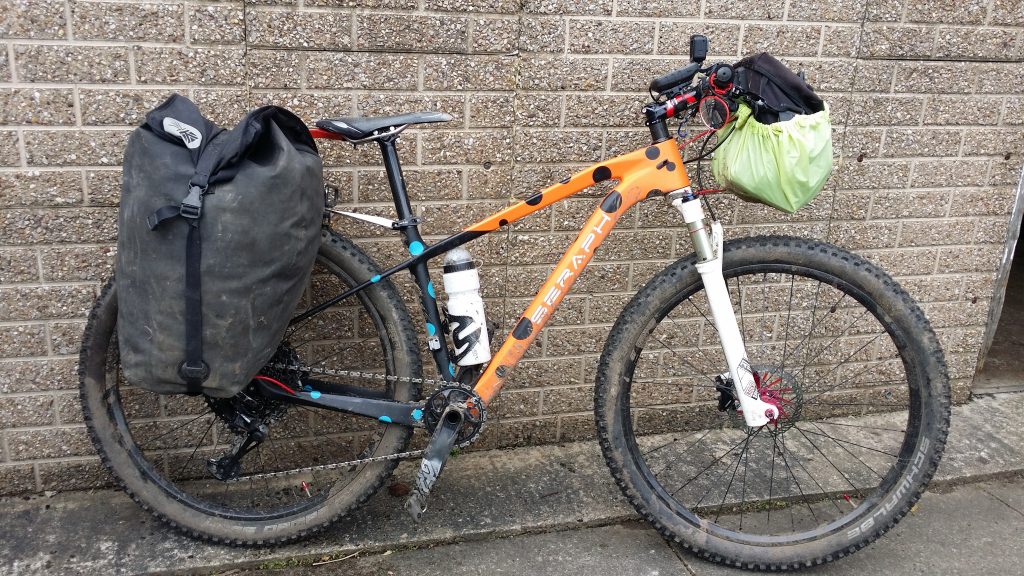 I’ll put my maps and schedule in this folder as I progress them.

The map cicl03.img I have made is for Garmin GPS and is transparent with tracks in dashed blue to make it easy to see and also has POIs for hotels, campsites etc. When loaded with any other map they can both be seen. The file needs to be copied to a Garmin.