I have now completed the updated map for the map for Cicloextremeña with most of my mistakes removed, and including the diversions put forward. It is intended to be used on a Garmin device. The map is transparent, so if this map and a map of the area are both made active on the device, both can be seen at the same time. It is 2 months since I finished the route but it was more difficult than I thought to make the map. 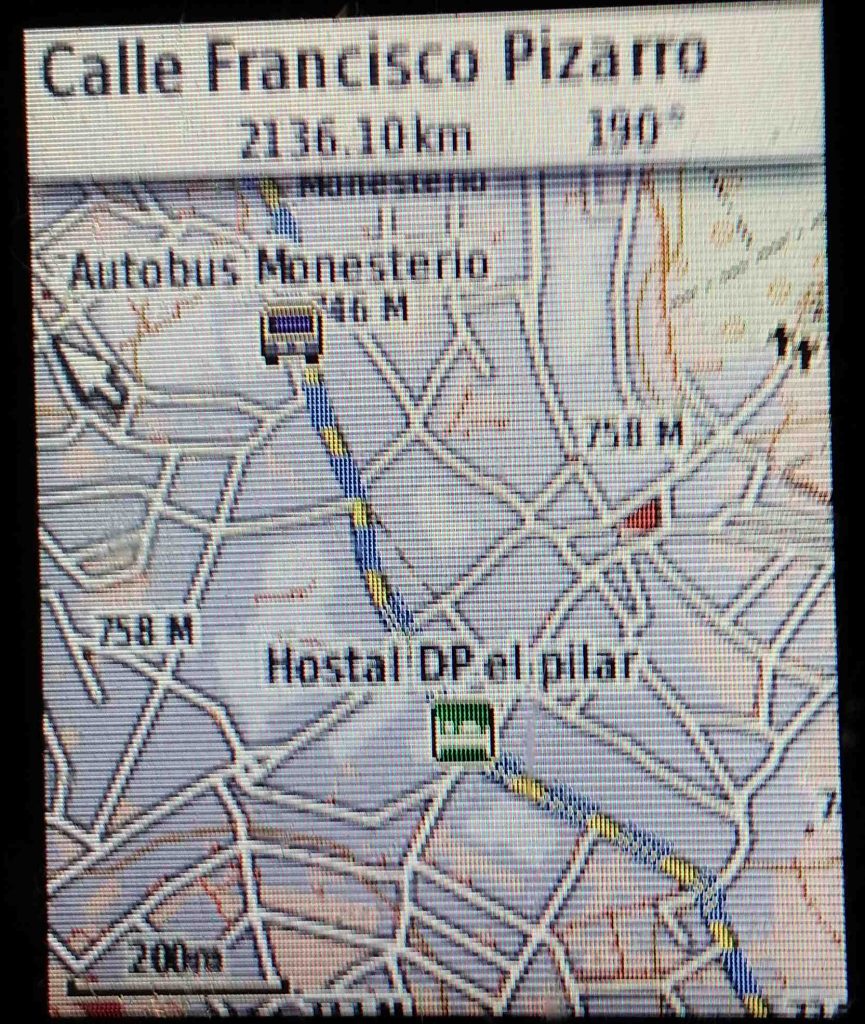 View on an Etrex 30. The line on the new map is dashed blue so can be seen easily. Hotels, major bus stops, swimming places, diversions etc are all included on the map. 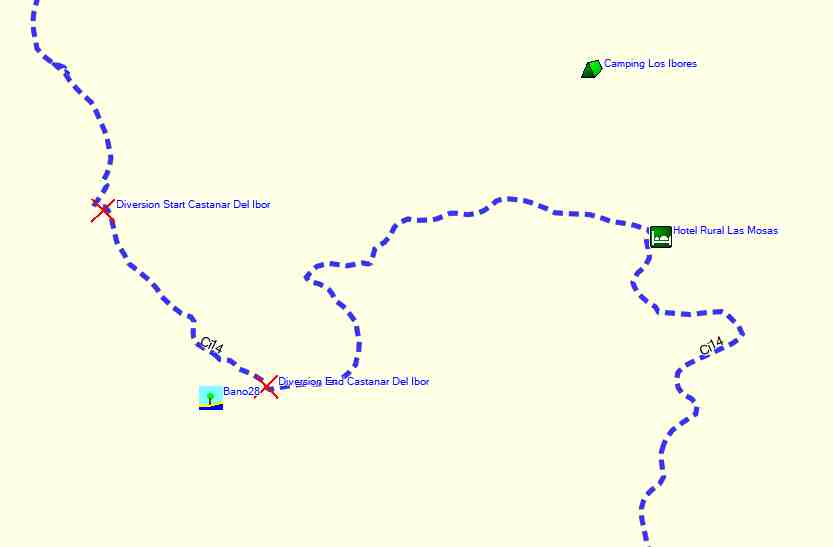 This is how a section of the map looks on Basecamp showing how only the track and the POIs are included.

The files can be found in a shared folder at:

This contains a folder of the actual tracks from my GPSs (some incomplete), a folder called maps with the map Ci2018.img and the POI files, a  google docs file about how to get the map into a Garmin GPS, and one about the various diversions on the route. There were no major issues encountered, and I had a great time, as I’m sure anyone would.